This page connects our readers with institutional diversity stakeholders in academia, industry, government, non-profits, etc. We highlight below professional societies of diverse scholars, higher education diversity conferences, grassroots communities / affinity groups, and the 61 research universities that are members of the Association of American Universities (AAU). Note that not all links are currently active; but, we keep them on this page for historical purposes. This page is a work in progress.

Many of the following societies and conferences are stratified by cultural identity and/or discipline. This is fine for networking among like-minded scholars as is true for most diversity affinity groups. However, this poses a challenge for institutions and recruiters attempting to expand the diversity of candidate applicant pools. A recruiting institution could try navigating through each of these venues to reach a limited readership. Instead, consider MinorityPostdoc.org as the one-stop multi-cultural and multi-disciplinary community for publicizing open postdoctoral and professional positions.

We are starting to add @Twitter accounts to the roster below. Thanks for your patience.

African American Life and History, Association for the Study of (@ASALH)

Chicanos and Native Americans in Science, Society for the Advancement of (SACNAS)

Disabilities, Association of Higher Education and (AHEAD)

Disability, Foundation for Science and (FSD)

Out in Science, Technology, Engineering, and Mathematics (oSTEM)

Women in Mathematics, Association for (AWM)

Women in Philosophy, Society for (SWIP)

Women in Psychology, Association for (AWP)

Women in Science, Association for (AWIS)

Below are academic groups that attract postdocs and junior PhD professionals. This section is quite incomplete and so a work in progress. We also have our own contact database of diverse postdocs; but, this is only available for internal communications that include announcements from our advertising clients. We distinguish the following affinity groups below from the societies above since, to our knowledge, the latter are formal non-profit organizations with governance policies and independent legally incorporated structures. In general, we do not promote for-profit businesses on this page or our career portal. However, we make an exception for small organizations that appear to grow from grassroots activity such as the explosion of social media communities using hashtags in 2020 like #BlackIn______.

Coalition for the Advancement of Blacks in Biomedical Sciences

Sisters of the Academy

Society for the Advancement of Chicanos & Native Americans in Science (SACNAS)

Speakers of Color in Bioengineering

Many of the following items (and societies above) are stratified by cultural identity and/or discipline. This is fine for networking among like-minded scholars. However, this poses a challenge for institutions and recruiters attempting to expand the diversity of candidate applicant pools. A recruiting institution could try navigating through each of these venues to reach a limited readership. Instead, consider MinorityPostdoc.org as the one-stop-shop for reaching a broader audience for open postdoctoral and professional positions. Note these lists are not comprehensive, for example, omitting the many regional diversity conferences.

African-American Researchers in the Mathematical Sciences, Conference for (A4RC)

Color Symposium, Keeping our Faculty of

Diversity, Institute on Teaching & Mentoring of the Compact for Faculty

Minorities in Engineering and Science, National Consortium for Graduate Degrees for (GEM)

Women of Color in the Academy, Faculty

The Association of American Universities (AAU) consists of 61 research universities. These institutions award more than half of all U.S. doctoral degrees (55% of which are in science and engineering). This prestigious organization has declared the importance of diversity and has collaborated with AAAS on a handbook to promote diversity in higher education. Below are screenshots and a roster of the top-level "diversity" website of each AAU member institution (or an undergraduate/ student-life or AA/EEO office website). Following the school name is the title of the highest ranking administrative leader that we could find involved in diversity especially with regard to faculty recruiting. Read the Job listings page to see which institutions below use MinorityPostdoc.org to expand the diversity of faculty candidate applicant pools. Note: links for AAU roster have not been updated since 2011.

University of Arizona, The
Special Advisor to President on Diversity and Inclusion

University of California, Berkeley
Vice Chancellor for Equity and Inclusion

University of Chicago, The
Associate Provost and Affirmative Action Officer

University of Kansas, The
Associate Vice Provost for Diversity & Equity, Office of the Provost

University of Pennsylvania
Associate Vice Provost for Equity and Access

University of Pittsburgh
Director of Office of Affirmative Action, Diversity, and Inclusion

University of Texas at Austin, The
Vice President, Division of Diversity and Community Engagement

University of Wisconsin, Madison, The
Vice Provost for Diversity & Climate 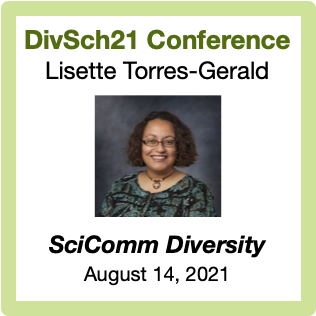