For colored girls who consider a PhD when a Bachelor's wasn't enough: blogging while Black and female, writing my way through graduate school and a postdoc saved my sanity

In the fall of 2001, as Ticora V. Jones, I embarked on a new adventure - graduate school in what we now affectionately refer to as STE(A)M. Naively, I equated graduate school with the many research experiences that I had participated in over numerous summers from my freshman year in high school through undergrad. Eager to start, eager to finish, I prepared to put the PhD I thought I would navigate with reasonable "ease" to work. I loved research. I loved creating. I loved using my brain to solve problems. I had mentorship. I saw a modicum of Black women represented in my field and in academia. I loved the concept of being a researcher and then a professor. That dream made sense to 22 year-old me, even to 16 year-old me.

A few months before setting foot on campus, I finished a "gap year" before graduate school working at the American Association for the Advancement of Science (AAAS). I helped shape science and math standards for middle school, and one of my side projects involved working a little on what was then called Science's Nextwave (now Science Careers) as they crafted new resources for the PhD pipeline. Tasked with engaging and supporting underrepresented minority students, it occurred to me, and the person who was my first editor, that I was their target demographic. I could bring a fresh and unique perspective to navigating the sometimes opaque PhD process. And so, after careful consideration, a tentative agreement to write a monthly column (it really was a column, not a blog, because those didn't quite exist yet) under a pseudonym was born: Educated Woman: The Graduate School Adventures of Micella Phoenix DeWhyse.

The pseudonym was important. I needed to be transparent about my experiences in real time, without fear of retaliation, providing insight to those considering graduate school in the long-term. I mused it would be part travelogue, part light-hearted diary, and cheekily named myself Micella (because micelles were part of biomaterials science - an intellectual interest), Phoenix (I'd always loved the mythology of rising from the ashes), and DeWhyse (I was exploring the "Whys" of trying to become "wise" through this Ph.D. process). Also, MyPhD is an exceptional abbreviation!

And suddenly, I went through the looking glass. First, I had no idea what I was in for. Then, September 11, 2001 was my first Tuesday of class. The world changed, much like it's changing now.

I became keenly aware of my place. As part of the PhD pipeline for underrepresented minority scientists, and as the only Black woman in my department, I was to be a shining example of what was possible. I was lucky. I had mentors and peers in other departments across the country. I got fellowship support. But in the end, each of those pieces tarnished as I trod my way through the valleys of failure - my own, and the broader academic system's failure to support me and many other graduate students. 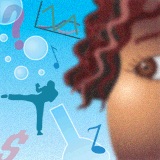 The language we use now to describe the environmental stressors that left me alone, angry, and bereft did not exist to me. Now, I know that concepts like intersectionality, microaggressions, emotional labor, imposter syndrome, respectability politics and power dynamics would have helped make more sense of the world I walked into - instead, I wrote my way through.

The confidence that I had rebuilt after a rocky junior year buoyed me - blindly- into a different place. I quickly realized I was desperate to find (and build) new communities, not just one-off relationships with people in my department, but places that were a soft place to land after long days in the lab and the library. It's only in hindsight that I recognize the emotional labor I expected of myself - the outreach to communities that made me feel whole, the professional development events I worked to construct with my fellow graduate students. It all constituted a broader failing of the way my graduate education was constructed. The ephemeral support that demanded the availability of my physical presence for the "broader impact" statements didn’t know how to care about my humanity or the humanity of many of my fellow graduate students. My graduate education side-eyed my extracurricular activities and thought of me only as a tool to produce. I put on a cape trying to shore up the deficits that I saw and provided as much support as I could to other Black, Indigenous, and People of Color (BIPoC) graduate students who, like me, were struggling to navigate the vast unknown.

I adapted. And mal-adapted (we'll save that for another blog post, or 2, or 3). And like Hamilton's mixtape, I wrote my way out.

I wrote to make sense of what I was experiencing: the miscommunications, the expectations of equity and fairness that didn't appear, the nuts and bolts of what was happening in the PhD program, troubleshooting and managing up with my advisor. I wrote about how my expectations of myself changed, how my relationships changed, and about the hazards of being a woman in science. I wrote about losing and finding motivation, failure, and success. About comprehensive exams and job searching. About peer mentorship and mental health. About the challenge of actually writing a thesis when it was all said and done. And periodically, I wrote about being Black.

After more than 70 columns - from the second semester of my PhD, all the way through my postdoc, I wrote my way out of academia, and into the policy world.

In the Fall of 2008, as the world shifted again, I made my way back to Washington, DC. For the last 11 years, I've worked in the policy realm, at the intersection of science and international development. Along with a brief foray as a Senate staffer, each of these opportunities was afforded to me through fellowship programs that valued my transferable skills as a scientist.

To be honest, I've struggled for a number of years with the fate of the columns. Whether to "out" myself or to continue writing under the pseudonym? At the very least, I want to introduce Micella and myself to a new generation of graduate students and others in STEM fields. They are not alone in what they've experienced. I didn’t realize that I was the first to chronicle the experience in such a public way, and a new sense of urgency pushes me forward. As I've coached current and recently minted Ph.D.'s, it's always surprising to them how quickly I identify challenges they have faced, particularly if they are attempting to navigate a transition into a new frontier. 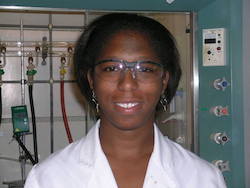 I knew I was on to something back then. My inbox reflected as much through the emails that I had received since there was no Twitter when I started writing. Facebook wasn't what it is now. YouTube didn't exist. And Instagram was a dream. The ways we connect through social media show all of us the power in naming our challenges and confronting the systems that create knowledge to do better. Maybe I can be a small part of that.

The following article titles began with the prefix ""Educated Woman: The Grad School Adventures of Micella Phoenix DeWhyse:" from 2002 to 2006 or "Educated Woman, Postdoc Edition:" from 2007 to 2008 for her PhD graduate or postdoctoral training, respectively.

Ticora V. Jones, Ph.D. is a "Social" Scientist and social innovator bridging the worlds of policy, international development, strategy, program development, and bureaucracy. She serves as architect, leader, and manager of multiple high-functioning project and program teams designed to bring together regional and global innovation ecosystems to advance global problem solving in health, agriculture, and energy with an emphasis on youth engagement and country self-reliance. Dr. Jones is a creative problem solver leveraging physical science, management expertise, and diverse skills in strategy development, legislative affairs, budget formulation, and operations specific to the integration of science, technology, innovation, and partnership for enhanced social value.

From 2008 to 2009 she served as the Materials Societies Congressional Fellow for Senator Russell D. Feingold (D-WI) where she worked on energy and environmental issues. She has a Bachelor’s degree in Materials Science & Engineering from MIT and a Ph.D. in Polymer Science & Engineering from the University of Massachusetts. She completed her postdoctoral work at Lawrence Livermore National Laboratory. From 2002 to 2008 she wrote the "Educated Woman" column for ScienceCareers, as part of AAAS, under the pseudonym Micella Phoenix DeWhyse. This column was the first of its kind to document online the graduate school process, in granular detail through the life of an individual graduate student.