The Intersection of Privilege and the Accessibility of STEM

By Stephani C. Page, Ph.D.
Reporting on the #scio14 conference. 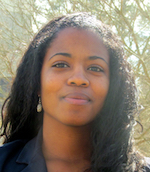 When it comes to STEM (science, technology, engineering, math), “diversity” is a major buzzword these days. The problem is that most dialogue seems to revolve around use of the word “diversity” rather than identifying and addressing the very pathologies that make the conversations necessary. At the 2014 ScienceOnline conference, Danielle Lee, PhD (@DNLee5) set out to identify and address the pathologies surrounding privilege and how they impact the accessibility of STEM education in a session that she moderated on “Expanding the Dialogue on Diversity” (#scioDiversity).

It may be easy for me, as a black woman, to define privilege based on what I have encountered in my life. Privilege may have explained why, when myself and a fellow white male PhD student forgot to take the reciprocal while deriving an equation, I was told I needed to go back and take algebra while he was told that he made a simple mistake. I could say that even taking the liberty to make such a statement was privilege on the part of the instructor. I could come to the conclusion that my classmate had the privilege of not having his very intelligence called into question. Easy enough? Not so. If I am to be effective in making a STEM education or career more accessible to other women of color, for example, I need to address the ways in which I am privileged.

Using Maslow’s Hierarchy of Needs, Dr. Lee defined privilege. If you do not have to worry about meeting any of the needs listed in Maslow’s triangle, then, in some aspects, you are privileged. Furthermore, your privilege can be amplified or diminished by context. In the session, Madhusudan Katti (@LeafWarbler) recalled the privilege that he experienced growing up in the upper class of India and the loss of privilege coming to the U.S.A. as a person of color from another country. He realized the bubble that he had persisted in and recognized his own privilege. 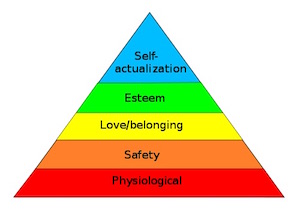 As privilege and its relationship to context were established, Lee raised an interesting question: What are the ways in which your privilege benefited you in your pursuit of a STEM education and career? I noticed that it was difficult for participants to start at that perspective rather than the perspective of the person who lacks some type of privilege. One science journalist pointed toward having financial assistance from family and the enormous difference it can make in pursuing a journalism career. She was able to do a lot of freelance work to build her portfolio. Talk Science to Me editor Eve Rickert (@EveRickert) added that she could take more risks because she had a safety net. Ethicist and science blogger Janet Stemwedel (@DocFreeride) highlighted the privilege of growing up with parents who encouraged her to dream big. Science writer Liz Neely (@LizNeeley) tweeted “Sitting in #sciodiversity sessions, thinking about the parents, partners, and families that helped get each of us here today.”

Many of the examples of privilege pointed to certain family structures. Other examples pointed to the availability of resources such as having health insurance provided by your graduate program or funds to pursue “risky” hypotheses. With a wide range of examples of privilege brought to the floor, Lee raised a question about the accountability that we all deal with: How do we use our own privilege to make STEM more accessible to others? After offering guidance, “empathy helps you leverage your privilege”, Lee shifts the conversation to the context of science communication: “How can we use the platform of communication to leverage the privilege that we have to make STEM accessible?”

There are various platforms in science communication in which we have the attention of people willing to listen. We can offer those platforms to others. Rickert stated, “We can choose whose voices we amplify through everything from interviews to retweets.” Dr. Katti tells his mentees that they should first go get their careers established and then help others from their communities. Many participants agreed that being a role model is a key avenue in leveraging the privilege associated with your own success. Though it may be hard, staying in a field as a minority is one way to incite change. “Be an example” said Rachael Ludwick (@RachaelLudwick). As an educator, Lali DeRosier (@_adverbia) encourages applying institutional resources for outreach and community engagement.

empathy helps you leverage your privilege

In order to determine ways to leverage our privilege, we arrived at the topic of defining the difference between diversity and inclusion. “Diversity is adding in all the spices. Inclusivity is blending them all together,” stated Lee before talking about how a lack of privilege is why people are often faced with having to “code-switch”. Code-switching encompasses changing how you may dress, talk, or react in different situations in order to assimilate into a certain environment. Being able to code-switch opened doors for Lee; but, she sees dropping the code-switch at times as a way to make the spaces she occupies more inclusive. Much of inclusivity is addressed in Maslow’s triangle under belonging, self-esteem, and self-actualization. True diversity is inclusive.

A critical mass is needed to bring about and sustain the kinds of changes that the #scioDiversity session discussed. One reflection is that most STEM representation in popular culture is white males. When science communicators diversify their sources and who they choose to show as representations of STEM, then we can begin to build the critical mass that we need.

Finally, scio14 conference keynote speaker, Erich Jarvis, PhD, spoke about having two jobs: 1) being a Duke researcher professor and 2) correcting society’s ills from his perspective as a black male professor. Dr. Jarvis points out that while the demographics of the U.S. are changing, the education levels are not. Focusing communication solely to the population that is educated and well-served does not help. Reaching the critical mass necessary for change will also require reaching more diverse audiences otherwise the disparities will only get worse. A huge part of the problem, said Lee, is that “we treat being white as the default setting.” Speaking directly to the elephant in the room Lee says that “we have to acknowledge, address, and undo it.”

K. Gibbs (2014) Diversity in STEM: What It Is and Why It Matters, Scientific American Voices, September 10

S.C. Page (2019) The Intersection of Privilege and the Accessibility of STEM. DiverseScholar 10:4