The Real Dangers of a Diversity Deficit in Science Writing

In 2012, a NASA space shuttle rumbled down a Los Angeles street, crowds cheering and waving American flags. Clinton Parks, who at the time was a reporter with SpaceNews, had been watching the footage of the event from his desk. "Not only did I see a shuttle, but I saw black faces along Crenshaw Boulevard, along with brown faces — those with meager means, together celebrating scientific achievements," he said. "I saw our future. And the first time I saw this video, I cried."

Parks was so emotional, he said, because as a society, we're used to picturing white men — in ties and short-sleeved button-ups — cheering for space science from a NASA control room. But there's a cost to winnowing real communities to such narrow representations. "If we cannot connect with the community that we impact by our research, by our science, by the communications that we're putting out, we eliminate an entire part of the community that should be part of the story," said Marin Hedin, assistant director of media relations at Johns Hopkins University. "It's our story."

The National Association of Science Writers (NASW) members had a chance to discuss the lack of diversity in science communication during this year's ScienceWriters2019 conference. The session, How can we solve the diversity dearth is U.S. science writing?, brought together journalists and institutional writers, who discussed the impacts of a diversity-deprived media, shared stories from their own lives, and offered concrete advice to their colleagues to help close the diversity gap — now.

Below are the session's highlights.

To understand where the United States is going, the #SciWriDiversity panel took a look back in time. In 1967, race riots erupted around the country prompting President Lyndon Johnson the following year to charge a commission to decipher why the civil unrest occurred. The results were surprising, said Yanick Rice Lamb, Chair and Associate Professor in the Department of Media, Journalism and Film at Howard University.

The commission found that structural racism had fueled the riots. However, a more covert problem was rampant media bias. In its summary document, the Kerner Report, the commission wrote that "The press has too long basked in a white world looking out of it, if at all, with white men's eyes and white perspective." As a result of the media and other factors, the Kerner Report found: "Our nation is moving toward two societies, one black, one white — separate and unequal."

While the newsroom has made strides in employing women — almost 50 percent if you exclude the sports department, according to panelist Marie Hardin, journalism professor and dean of the Donald P. Bellisario College of Communications at Penn State — journalist ranks have lagged in ethnic diversity. Looking close to home, 88% of NASW members are white, whereas the 2017 U.S. Census estimates 61% of the nation is white, 18% Hispanic/Latinx, 13% black, and 1% Native American. Newsrooms do not reflect the nation's demographics, said Lamb, a problem that has historically sidelined injustice issues that disproportionately affect minorities such as in housing, voter suppression, and unemployment.

That has consequences since coverage affects formation of policies, Lamb pointed out. "What you see in the media affects decision makers — who make decisions about all of us," she said.

Through a personal lens

Diverse perspectives lead to stories by reporters that others are less likely to cover. For example, Kendra Pierre-Louis, New York Times climate team reporter, shared that she was the one reporter, her source had told her, who had been interested in the role of segregation in poorer air quality for both black and white residents. Pierre-Louise was deeply interested in the effects of segregation, since she had experienced it: her family was the only black family in their neighborhood.

Pierre-Louis's background was also the essential impetus for her report "Should Black People Wear Sunscreen?" "The reason I raised this question is because I'm black," she said. "That was the lens that I was coming to it [with], and my identity was a reason for why I did that story."

While organizations espouse valuing diversity, "something can get lost in the 'middle'," said Lamb. For example, omissions can be made. Lamb recounted an incident involving a white woman who was told by a male hiring manager that she had been denied a certain position in the name of diversity. "So, I politely said, you need to go back to him and ask him the real reason," said Lamb. "Because she had some shortcomings, and they weren't being honest with her — that's why they didn't give her the position."

The path to a diverse newsroom isn't simple, perhaps. But it also isn't rocket science, said Lamb. "People shouldn't get 'diversity fatigue' or think it's this thing that needs to be tackled or something," she said. "I think if we approach it just in a humanistic way, I think … we can get there."

People sometimes act a little weird when trying to rectify diversity issues, she said. "And I think we can take the weirdness out of the equation."

How do we get there?

The panel had a panoply of practical advice for science communicators to incorporate more diversity in their stories and the science writing profession.

To close the session, Tyrrell gave the audience one last takeaway. "The stories that we write become a part of history," she said. "And think about who we are excluding if we are not being more inclusive in our work." More diverse storytellers and sources could inspire, for example, a new generation of space scientists — with black and brown faces and faces of every other human hue. It would be a scene with the power to move people to tears.

Panelists at the session "How can we solve the diversity dearth in U.S. science writing?" at ScienceWriters2019, from left to right (Photo Credit: A.F. Takemura):

A.F. Takemura (2019) The Real Dangers of a Diversity Deficit in Science Writing. DiverseScholar 10:2

Alison F. Takemura, PhD, is a trained microbiologist who now writes about science. She's published with National Geographic, the NASA Visualization Project, MIT News, UC Santa Cruz’s Inquiry magazine, Mongabay, Inside Science, and the life sciences magazine, The Scientist. An award-winning speaker, Alison has a soft spot for teaching communication skills. She managed a peer-coaching, technical communication center at MIT from 2016 to mid-2019; and, now works at the US Department of Energy Joint Genome Institute at the Lawrence Berkeley National Lab. Dr. Takemura was the 2019 DiverseScholar SciComm Diversity Fellow that subsidized her ScienceWriters2019 participation. Any opinions expressed in this article are solely those of the author. 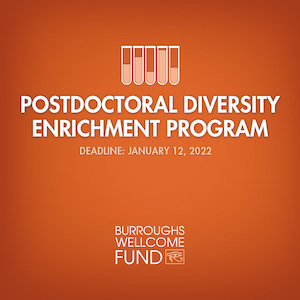