Writing as a Japanese-Mexican American Woman 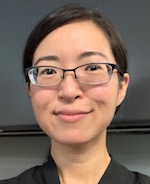 I’m a small woman: only about 5 feet tall and a hundred pounds. And my features are eclectic. I have wavy brown hair, tan skin with a lion-yellow undertone, almond eyes with inkbrush eyebrows, and an oily complexion which my mom always said made us prone to breakouts, but keeps our skin resistant to wrinkles. My nose? I can never decide if it’s the Sanchez nose I inherited from my Mexican side or the droopier nose, from my Japanese.

But more than what I look like, I’ve been sure of who I am — a woman who loved science. I was lucky, because that impulse was always encouraged by the adults around me. I pursued biochemistry and cell biology in college. A mentor encouraged me to go to grad school. I went on to explore the ecology of microbes at MIT, earning my PhD in 2015. I found that telling stories had immense power over society and culture, so I delved into science communication. I was an intern newspaper reporter when I saw how easily the STEM dreams of many young women are quashed.

In January 2016, one of my first news stories for the Santa Cruz Sentinel covered women in math, engineering, and computer science. Graduate women in computer science at the University of California, Santa Cruz reported how their male classmates were openly sexist and far more likely to doubt a woman’s abilities than a man’s. These stories were heartwrenching. One male instructor was so toxic, a woman recalled, that he told her she would never succeed in their field.

But even more excruciating was hearing that women themselves internalized these beliefs, foisted on them by others. Scientists demonstrated this indoctrination in an experiment. They handed math exams to male and female students who had demonstrated equally high academic abilities. However, this exam was meant to push them beyond their skill level. While all the students should have done equally as well, the women performed worse than the men. The next part of the experiment was most illuminating. Another group of women were told that this exam was special — it had been rigorously tested to weed out gender bias. Women performed equally as well to men on this exam. And that pretext alone was enough to restore the innate ability the women had — once again, they were equal to their peers.

I felt so fortunate to cover this kind of story, because, almost moment by moment, I felt a deep affinity for what was being discussed. I identified with feeling inadequate compared to my peers who were white, middle- or upper- income, often male. That other women had experienced deeper cuts, and still persevered, was wondrous.

I gravitated toward issues of social justice, so other articles I wrote focused on minorities, too. I told stories of [**link] minority scholarship recipients at the University of California, Santa Cruz, whom alumni were mentoring to face the unique challenges posed by being Latinx or Black. I wrote about the Amah Mutsun, an indigenous people of the Monterey Bay area in California who were pulling themselves up by their own bootstraps to relearn their cultural heritage — largely lost during Western colonization — in order to reconnect with the land, water, and themselves. And I reported on a lecture event at UC Santa Cruz, where people talked about [**link] what it was like to be a black or brown minority, with no professors who looked like you, and struggle against the cold fear that you are proof of the unfair stereotypes that others hold about you.

the greatest strength of diversity in journalism …more heartfelt stories

These stories carry meaning for me because I’m a woman and because I’m mixed race. And I believe that my having a deep interest in these stories made them stronger than they would have been otherwise. To me, that’s the greatest strength of diversity in journalism — a diversity of backgrounds leads to a diversity of interests, interests beget passions, passions make for richer, fuller, and more heartfelt stories.

Writing for the future

I’ve travelled to Mexico City and Tokyo, marveling that I share a heritage with people in those places. I feel joy and pride when I practice the martial art Shorinji Kempo; or braid flowers and ribbons in my hair in the style of Frida Kahlo; or celebrate the raucous Mexican Day of the Dead and dance at Natsumatsuri, the Japanese summer festival. The blood of my great grandmothers, one who rode with the Zapatistas and another who excelled in ikebana, the art of flower arrangement, runs in my veins.

I’m proud of my heritage, yet I know how being different can be painful. I once travelled to Slovenia, where children taunted me with a chorus of “ching-chong, ching-chong” because of my oval face and almond eyes. I felt a fierce sting of humiliation and otherness. But I realize now that that kind of experience motivates me to tell stories that capture how our diversity is beautiful and enriching. Underneath differences resound common needs, fears, and loves.

I hope my stories speak to how a society that embraces its diversity — in class, creed, race, and any other aspect — is changing for the better. I want people to be familiar with a world in which Black academics are greeted with respect for their education, rather than surprise; girls are encouraged for their interests, rather than belittled; and the media is so diverse that a small Japanese-Mexican American woman would feel right at home.

Alison F. Takemura, PhD, is a trained microbiologist who now writes about science. She's published with National Geographic, the NASA Visualization Project, MIT News, UC Santa Cruz’s Inquiry magazine, Mongabay, Inside Science, and the life sciences magazine, The Scientist. An award-winning speaker, Alison has a soft spot for teaching communication skills. She managed a peer-coaching, technical communication center at MIT from 2016 to mid-2019; and, now works at the US Department of Energy Joint Genome Institute at the Lawrence Berkeley National Lab. Dr. Takemura was the 2019 DiverseScholar SciComm Diversity Fellow; and, this essay was adapted from her fellowship application. Any opinions expressed in this article are solely those of the author.