My first daughter broke through a chunk of the glass ceiling in November - a tribute to her passion and persistence - and an important event tucked in the shadow of National Native American History month.

Megan Wak-O-Apa Tusler joins a small enclave of experts - those who hold a doctor of philosophy degree - a little less than 1.7 percent of the US population.

The accomplishment is perhaps more impressive when you look at the number of American Indians who hold a PhD. 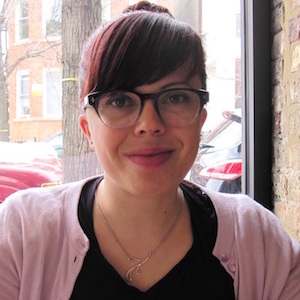 Americans who consider themselves White comprise the group with the most PhDs - about three-quarters of all doctorate-holders (some 24,000 folks in 2012) [Patel 2014].

How small is small?

About 91 would be Asian, 65 would be Hispanic and 63 would be African American.

How about American Indians?

That's three American Indians in an arena of 1,000 folks who hold a PhD.

Put another way, one-third of one percent of PhD holders are Native American.

The question we need to ask is: does it matter?

It matters for several reasons.

Most PhD-holders work in an academic or research setting - settings that can be enriched by looking at problems and policies through an indigenous prism.

Take the example of the Thanksgiving holiday.

Most citizens are mindful that the holiday honors not only the settlers of North America, but includes the original inhabitants who generously fed the first arrivers.

Historians tell us that generous denizens saved the colonists from starvation.

And those who study Native American history note that our ancestors grew less and less chummy with the settlers, who would later set fire to Native crops and declare the lands for themselves.

We need to encourage American Indian academics, who have a vested interest in the true tales of conquest, to pass along the unvarnished tales of Thanksgiving.

You certainly don't need to have American Indian blood quantum to know history, but those who embrace a more holistic worldview can offer something overlooked.

For example, American Indian PhDs will show their students how science and art are inextricably linked, unlike the typical science lessons that set aside ethics and context from empiricism.

Or we might learn how natives of Hawaii and Alaska have known for a long time that the landscapes have suffered from changes in temperatures we today call global warming.

While it's a pity that so few American Indians advance in scholarly studies compared to folks with other backgrounds, I take heart in the hundred-or-so who earn their diplomas and take their seats in the halls of academics each year.

That's another hundred who can help dispel the stories that American Indians are dumb, drunk, and illiterate.

Cynthia-Lou Coleman, Ph.D., is Professor of Communication at Portland State University where she teaches theory, research methods, and science communication. Her scholarship focuses on social discourse about scientific issues that impact American Indian communities. She is an enrolled member of the Osage (Wah-She-She) Tribe and writes a blog called Musings on Native Science. Any opinions expressed in this article are solely those of the author.

V. Patel (2014) Why So Few American Indians Earn Ph.D.'s, and What Colleges Can Do About It, The Chronicle of Higher Education, May 27