Coastal tribes began documenting thousands of dead fish, crabs and other alarming changes on the beaches of Washington State's rugged coastline in 2006.

Science is increasingly important in Indian country as tribal communities face escalating environmental stresses and climatic changes. The need for Native journalists to report related, rapidly evolving science and technology has never been greater, and, although not specific to Native Americans was one of many issues addressed by the "Supporting Diversity in Science Writing" panel at the Science Writers 2014 conference (SciWri14).

Diversity in the newsroom ensures that all voices are being heard, all communities are being covered, Tracie Powell, chair of the National Association of Black Journalists digital task force, and founder of All Digitocracy told the attentive, overflowing audience.

It resonated. A lack of Native journalists in the newsroom means that 566 tribal nations in 32 states get little news coverage. As Mark Trahant, Shoshone-Bannock tribal member and former editorial page editor at the now defunct Seattle Post-Intelligencer once told the Reporters Committee for Freedom of the Press, "There are complex legal issues [to access in Indian country], but there are also barriers of benign neglect" (RCFP 2006).

SciWri14 panelist Philip Yam, managing editor online for Scientific American, and president of the Asian American Journalists Association NY chapter pointed out, "Many minority journalists don't realize that what they do can be science journalism. We must reach them." Yes! Native journalists are committing science journalism as they report environmental degradation, mining, climate disruptions, toxic substances, health and other issues that regularly affect tribal nations.

Powell noted there was a lot of effort to bring diversity into STEM (science, technology, engineering, and mathematics), but not as much into journalism. That holds true in Indian country where ample funding from the National Science Foundation's Tribal Colleges and Universities Program support STEM education (Rose 2014). NOAA grants promote tribally-affiliated climate and STEM education, while NASA partners with tribal college STEM projects.

I was curious why Native Americans and Latinos weren't represented

Good! It's needed. But so too are Native journalists to report what those projects hold for their communities. The Native American Journalists Association (NAJA) annual silent auction is the largest funder of their scholarship program, outside of private donations and foundation funding, NAJA's communications and membership manager Rebecca Landsberry said in an email.

The knowledge, experience, and pearls of wisdom gleaned from each SciWri14 panelist applied in one way or another to all minority journalists. But, as I heard said, "One size doesn't fit all," and I was curious why Native Americans and Latinos weren't represented as panelists.

Danielle Lee, co-founder of the National Science & Technology News Service, a Scientific American blogger, and panel co-organizer, said part of the springboard for the panel was an essay that ran in Medium last year, Alone in a Room Full of Science Writers, by panel moderator Apoorva Mandavilli, editorial director of SFARI.org and an adjunct faculty member at New York University's science writing program.

One of the questions Mandavilli asked: What can we do to champion minorities in science journalism?

Accordingly, Lee, Mandavilli, and Nidhi Subbaraman, staff writer for The Boston Globe's BetaBoston, co-organized this diversity panel, the first of its kind for the conference jointly planned by the National Association of Science Writers (NASW) and the Council for the Advancement of Science Writing. (The Science Writers 2013 conference did have a Women's Session addressing gender diversity.)

"I'm sure the lack of knowledge about Native and Latino science reporters means I couldn't recommend many individuals to the panel," Lee said. But not for lack of effort, I learned, tracing Lee's outreach on Muckrack archives to science writers for panel ideas as beginning last year. (Muckrack also tracked her ardent outreach in encouraging journalists of color to apply for the NASW Diversity Travel Fellowship, of which I was a fortunate recipient.)

Lee had Osage tribal member Cynthia-Lou Coleman, a professor and researcher at Portland State University, in mind. Coleman studies science communication, particularly issues that impact American Indians, and blogs at Native Science. However, her expertise was needed at the annual SACNAS (Society for Advancement of Hispanics/Chicanos and Native Americans in Science) conference that took place in Los Angeles conflicting with the SciWri14 event.

For the coming years, Lee hopes to build a longer list of diverse science writers that includes several Latino and Native American science, health, and environmental reporters to participate at the Science Writing conference and to discuss science communication careers at respective diversity journalism meetings like NAJA, the National Association of Hispanic Journalists, and UNITY.

Science Writers 2014 proved a wonderful opportunity to meet like-minded colleagues, network, and learn. It's my hope that Native journalists will have further opportunities to discover what I have – that science can be approachable, exciting, and yes, fun!

A. Mandavilli (2013) Alone in a Room Full of Science Writers. Medium, November 8

The citation for this article is:
T. Hansen (2014) Applying "Diversity in Science Writing" to Native Journalists. DiverseScholar 5:10

Terri Hansen (Native American, Winnebago Tribe of Nebraska) is a journalist covering the science and environment beat for the national Indian Country Today Media Network, as well as environmental magazines. Ms. Hansen's focus is the environment, environmental health, and earth and climate sciences as pertains to Native and Indigenous communities. (See clips at Muckrack.) She hails from Portland, Oregon, and has lived in a number of natural areas of the Pacific Northwest. She earned her undergraduate degree in communications from Portland State University. She is the recipient of fellowships from the National Press Foundation, the Society of Environmental Journalists, the Association of Health Care Journalists, and the Earth Journalism Network. Any opinions expressed in this article are solely those of the author. 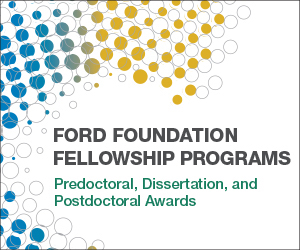