Diversity and Authenticity at SciCommCamp 2018

Those of us who speak science for a living have to face a difficult unfortunate truth — people tend to listen mostly to others they think are part of their own group. For instance, a political conservative who denies climate change is real is very unlikely to be swayed by a climate scientist they perceive as liberal, even though the scientist has all the facts on her side. Too many white Americans don't pay attention to Black community leaders when they present the facts about police violence and unequal treatment by law enforcement.

This topic was a major part of a roundtable discussion at the 2018 SciCommCamp, held at the American Jewish University’s Brandeis-Bardin Campus near Los Angeles, California. The event brought a wide variety of science communicators together from around the United States, Canada, and a handful of other nations, to discuss our shared craft and foster community between people who have few opportunities to gather as a group.

For science communicators, the problem of communicating topics across subcultural boundaries has many consequences. At best, it limits the size of our audience to those already convinced, meaning the people who need this information desperately are unlikely to see it. At worst, closed cultural perspectives can expose communicators of color, white female writers, and queer writers of all races to hostility and bigotry, on grounds that their very identity makes them untrustworthy. This is doubly so when the communicator expresses emotion — anger, sorrow, or other strong feeling — which to the potentially hostile listener can be used to dismiss the argument as being irrational (even as anger is too often reserved as an emotion for white men).

As we discussed at SciCommCamp, that means it's hard to change minds, even when the facts are on one side of the debate. Bombarding someone outside your own cultural group with information doesn't generally change that person's mind, and in fact can entrench them in their resistance to the ideas you're trying to spread. It's also clear that science communication, like many other areas of public discourse, has no one-size-fits-all solution for reaching all audiences.

The roundtable facilitator was David Ng of the University of British Columbia, who pointed out that anger and other strong emotions are also authentic expressions for communicators. While most of us want our interactions to be civil, civility isn't a goal in and of itself. Hostility against people's race, culture, sexuality, or gender identity is already an uncivil attitude, so demanding a "civil" response is unfair to those under attack. It's important for white men (like myself) in science communication to support and amplify the voices of other people, and not mistake their genuine emotions for lack of seriousness or qualifications.

Issues like climate change disproportionately affect the poor around the world, while other science-adjacent policies such as resource management do injury to indigenous lands and people. The Trump administration is reportedly considering a memo that would define gender and sex as binary, in defiance of established science. These issues are not just scientific — they're personal. They affect us, along with our friends, families, colleagues, and communities. If our voices shake sometimes when we speak, that's an authentic part of the message we deliver.

This was my first time attending SciCommCamp where I was a mentor for the event's travel award program that is co-sponsored by DiverseScholar. The workshop is built along similar lines to the now-defunct ScienceOnline conferences held until 2014. ScienceOnline was a diverse group of people whose most common interest is "science communication", but whose ways of communicating include teaching, journalism, podcasting, YouTube videos, Netflix shows, and many others. In my experience, SciCommCamp's small size and informal setting fostered a type of community and friendship between attendees that's unusual (in a good way!) for any workshop.

L. Crane (2016) Echo Chambers in Science Communication: What To Do About Them.
DiverseScholar 7:2 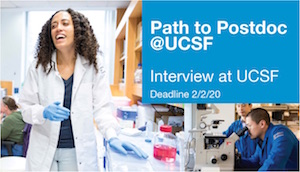